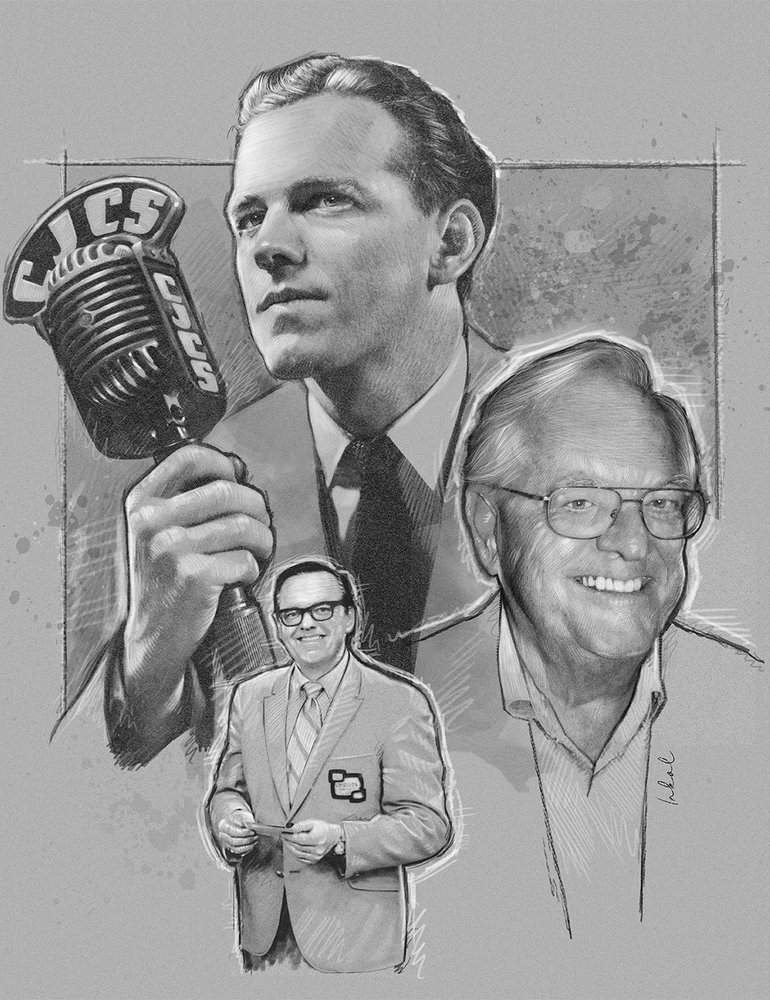 It is with heavy hearts and deep sadness that we announce the passing of Bill at Hospice Wellington on Monday, March 15, 2021 at the age of 92.

Bill had a tremendous 47-year career as a sports broadcaster starting with CJCS in Stratford in 1951. This was followed by a brief stop at CHYM radio from 1964-66 when he then joined CKCO/CKKW as the Sports Director.  Bill entertained many by broadcasting in 5 Olympic Games, hosting Blue Jays Banter, appearing on CTV Wide World of Sports and the Grey Cup, announcing the Kitchener Rangers games, hosting Bowling for Dollars and the Kinsman Auction plus being a constant presence on local radio and television over that time.  He was famous for being able to tell a story and connecting with people. He did it always with positivity, grace and a bit of humour. However, if you asked him, he would say his biggest accomplishment was his family. He was deeply passionate and proud of his children, grandchildren and great grandchildren. He was always loving and supportive as a true patriarch.  We were all so proud that he was our father/grandfather and will miss him dearly.

The family is so grateful for the compassionate care given to Bill at Hospice Wellington.  Condolences for the family and memorial donations to Hospice Wellington may be arranged through the funeral home at www.erbgood.com or 519-745-8445.

Share Your Memory of
William "Bill"
Upload Your Memory View All Memories
Be the first to upload a memory!