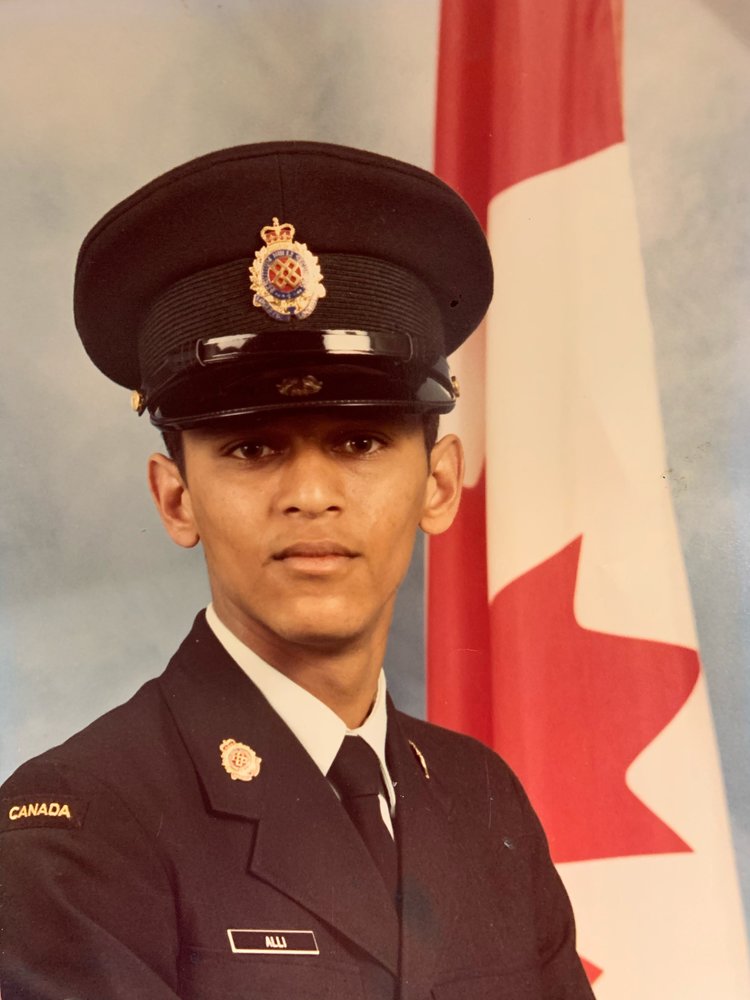 It is with great sadness that the family of Sheffeel Alli (Sheff), 58, announces his sudden passing on April 19, 2021 in his home.

Sheff is survived by his children, Vanessa Walker (Steve) of Collingwood, Melissa Walter (Mike) of Walkerton and Tim Alli of Collingwood. Lovingly remembered by his mother, Bibi Alli, and his grandchildren Makayla, Blake, Kensi, Chloe, Isabelle and Myles. Dear big brother to Soffie Smith (Richard) of Ottawa and Leon Alli (Tomoko) of Japan. Beloved uncle to Yasmine, Joshua, Liliana and Luka (Soffie), Jean-Luc, Jean-Paul and Arielle (Leon). Predeceased by his father, Akbar, and brother Bobby. Remembered by many friends and extended family.

Sheffeel Alli was born in Enterprise, East Coast Demerara, Guyana on July 7, 1962 to Bibi and Akbar Alli. His family emigrated to Canada when he was 6 years old and he grew up in St. Jacobs, Ontario.Sheff attended high school at EDSS and graduated in 1980. Sheff attended St. James Lutheran Church in St. Jacobs where he was baptized, confirmed and a professed Christian until death..

At 18, Sheff joined the Canadian Armed Forces in 1980 and served for over 20 years in the Royal Canadian Navy. He did his basic training in Cornwallis, his trades training in CFLTC Borden and after graduation he departed to serve on board the HMCS Preserver for 4.5 years. He also was posted to the National Defence Headquarters in Ottawa where he worked on the Phalanx Acquisition Project. Later in his military career, he was posted at Petawawa where he had the honour of serving in the Golan Heights as part of the UN Peacekeeping Cadre. Sheff received the Canadian Forces Decoration medal, the Canadian Peacekeeping Service medal and the UN Disengagement Observation Force medal among other awards.

Sheff was known in his younger days for being a fast runner, winning awards at track and field, and also for being an excellent soccer player throughout high school. He enjoyed sports and was an enthusiastic supporter of all the Toronto teams.

Sheff will be remembered for his kind, compassionate, friendly, soft spoken and sensitive character. He lovingly cared for his ailing father and shared his life taking care of his mother up until his final days. He took his role as older brother and protector very seriously. In recent years he actively kept in contact with many family members. He was involved in his neighbourhood and a friend to many dogs and their owners. His life touched the lives of many in his family and community who loved him. Losing him will leave a huge void in all of our lives.

Due to the current circumstances, the funeral will be a very private service. It will be held on Friday, April 30 at 2:30 pm with Pastor David Malina officiating. Sheff will be buried at Parkview Cemetery, Waterloo next to his father and brother. The service will be available to be seen via live stream only. Please see the link below. If you are not able to join the live stream at that time, a recording will be made available to view.

There will a memorial/celebration of Sheff’s life at a later date. If you wish to be included in further updates of the memorial and celebration of his life please email: artisticpursuitsathome@gmail.com

In lieu of flowers, condolences for the family and donations to Veterans Transition Network may be arranged through the Erb & Good Family Funeral Home, 171 King Street S., Waterloo at www.erbgood.com or 519-745-8445.

Share Your Memory of
Sheffeel
Upload Your Memory View All Memories
Be the first to upload a memory!