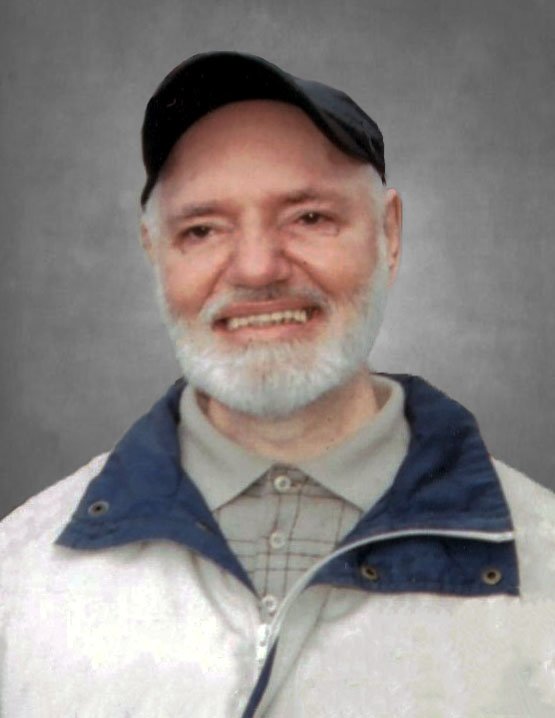 Cremation has taken place and a private family graveside service will be held at Woodland Cemetery, Kitchener at a later date.

Brian was a resident at Grand River Hospital’s Freeport site for seven years. Lovingly remembered by his brother Grant (Sheryl) of Calgary AB, and sister Brenda (David) Bosomworth of Elora, brothers-in-law Ross Staye of Kitchener, Gerry Preston of Bayfield and many nieces and nephews. Brian will be sadly missed by his friend Lucy.

Brian attended Margaret Ave. Public School in Kitchener and graduated from Kitchener Waterloo Collegiate Institute (KCI).  For a short period of time, Brian worked in the office at St. Andrew’s Presbyterian Church, Kitchener, in the office at George Evans Plumbing and Heating, later at H&R Block and subsequently from home.  Brian also did volunteer work at the “Out of the Cold” charity as well as assisting people to complete their income tax forms at Kitchener Waterloo Tax Services Offices. He was a member of the KW Naval Association in Waterloo.  Until his later years, Brian enjoyed an active social life with family and friends. Despite the limitations that Muscular Dystrophy forced upon him, Brian refused to allow the disease to define his life. Unable to participate in physical sports, Brian developed skills at many different types of card games, Solo, Euchre, Cribbage and others, playing with family and friends.  He also enjoyed shuffleboard, darts and pool.  For many years Brian and his high-school friend Stan had a standing Friday date to shoot pool. In later years they continued on with games of cards. Brian reveled in these past-times not so much for the competition, although he became very proficient at them, and engaged in kibitzing and good-natured taunting, but more for the comradeship. Brian was a very courageous, thoughtful, friendly, loving, happy man who loved life….an all-around nice guy.

The family wishes to thank the nurses, doctors and staff at Freeport Hospital. You were like family to Brian. To the staff at Grand River and St. Mary’s Hospitals, thank you for your attentive care of Brian in this troubling time of Covid. It has been not unlike a war zone for all of you, your dedication has not gone unnoticed. To the K-W Naval Association, thank you for allowing Brian into your hearts. Brian enjoyed your kindness and friendship.

Cremation has taken place and a private family graveside service will be held at Woodland Cemetery, Kitchener at a later date.

In lieu of flowers, condolences for the family and donations to Muscular Dystrophy may be arranged through the Erb & Good Family Funeral Home, 171 King Street S. Waterloo at www.erbgood.com or 519-745-8445.

and he played them well.

Share Your Memory of
Brian
Upload Your Memory View All Memories
Be the first to upload a memory!