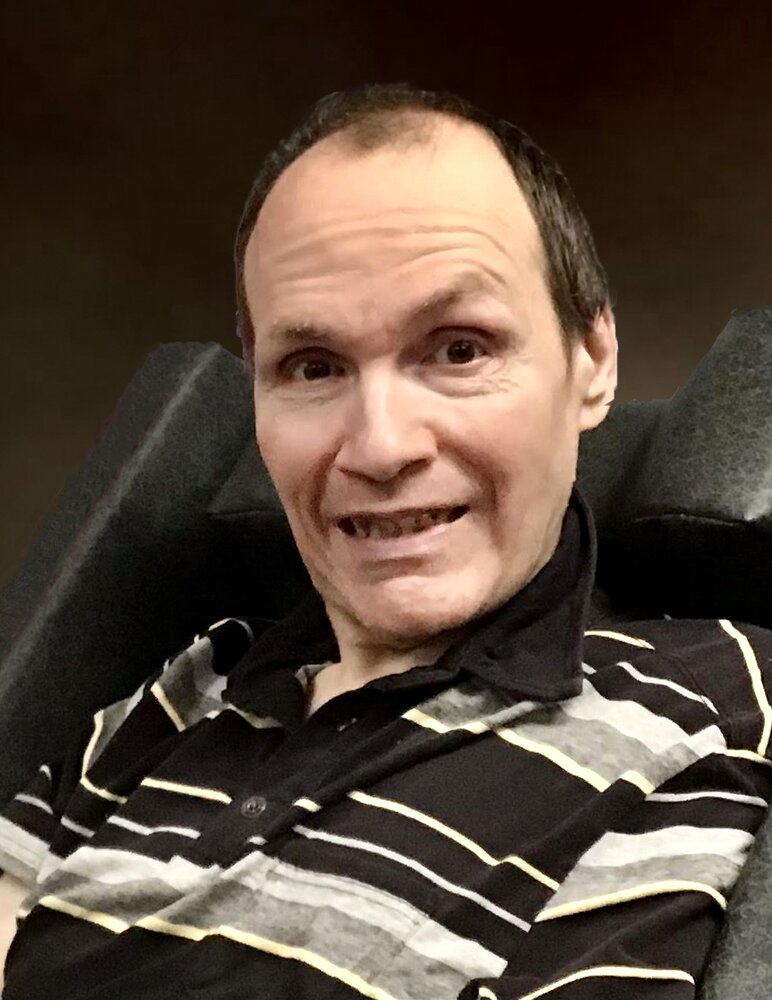 Jonathan Galvin-Sylvestre, beloved son, brother and uncle.  Free at last after 30 years of his life spent incapacitated from living a full life by a series of strokes he had at age 24.

Caring, curious, intelligent and mischievous, Jon had a talent for languages and a genius for kindness.  Jon loved his family, animals, the outdoors, camping, and fishing.  Black-and-white ‘Bandy’ was a special favourite of Jon’s among the family cats.

Jon was very protective of his family and he enjoyed playing checkers, chess, cards, and board games with his siblings.  They also enjoyed climbing the local water tower, learning about astronomy and the constellations, and trying to catch tadpoles together.  Jon and Linda would ride their bicycles all day long at times (even on school days).

Jon studied Russian and French, grew four-leaf clovers, swam like a fish in Sudbury and French River, built snowmen that looked like they were going to walk away, played the guitar, and had an interest in and a special dream of traveling around the world and especially of visiting Africa.

Jon was a courageous and inspiring warrior against illness.

Until we meet again on that beautiful shore, “Little Brother”.

Condolences for the family and memorial donations to the Schizophrenia Society of Canada or a charity of your choice may be arranged by contacting the funeral home at www.erbgood.com or 519-745-8445.

The veil of night is lifted

With dawn of day so bright

And so it will be when I cross

From Earth to Heaven's light.

Share Your Memory of
Jonathan
Upload Your Memory View All Memories
Be the first to upload a memory!