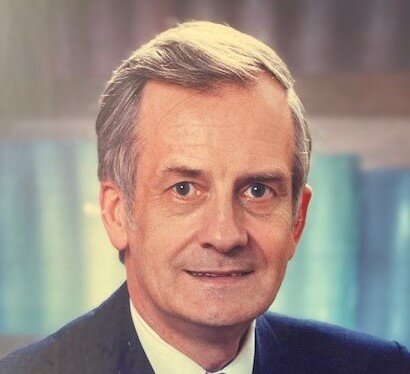 Passed away peacefully at Columbia Forest LTC, Waterloo, on November 12, 2021, at the age of 88 with his wife and daughter by his side.

Predeceased by his parents, Charles and Mary Rennie, his brother Gordon Rennie and his infant son, Charles Philip Rennie (1960).

Charles was born and raised in St. John’s, Newfoundland where he spent the first 69 years of his life. Charles spent 40 years in service with the Newfoundland provincial government and Memorial University of Newfoundland in the fields of labour relations and human resources. Charles was also involved with many organizations in St. John’s, including the Seniors Resource Centre and the St. John’s Nursing Home Board where he worked tirelessly to improve the lives and health care of seniors. For over 50 years, Charles was a member of the Lodge Tasker #454 and the Mazol Shriners. In 2002, Charles moved to Waterloo, Ontario, with his wife to be close to his grandchildren. Charles enjoyed travelling, cooking, the odd rum and coke and crossword puzzles.

A special thank-you to the wonderful staff at Breithaupt House at Columbia Forest LTC in Waterloo.

Cremation has taken place. As per his wishes, there will be no visitation or service. Charles’ wish was for his daughter to bring his remains back to his beloved St. John’s, Newfoundland.

Condolences for the family and donations to the Canadian Cancer Society or The Heart and Stroke Foundation of Canada would be appreciated and may be arranged through the Erb & Good Family Funeral Home, 171 King Street St. S., Waterloo at www.erbgood.com or 519-745-8445.

Share Your Memory of
Charles
Upload Your Memory View All Memories
Be the first to upload a memory!