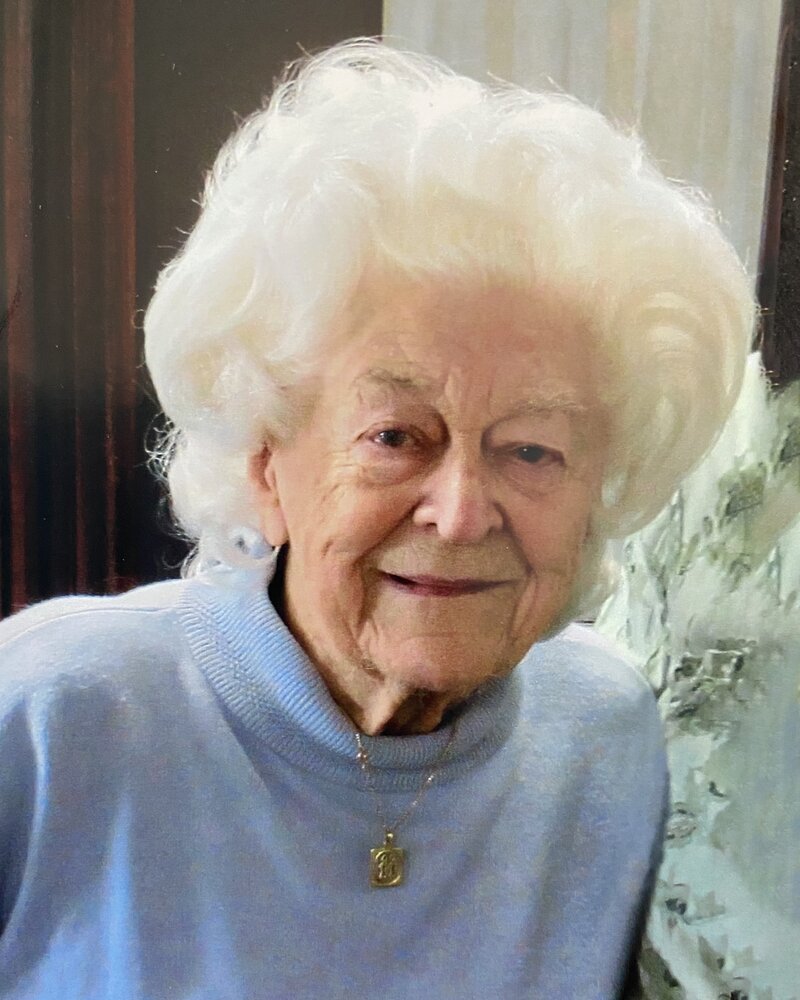 It is with great sadness that we announce the passing of Grace Corcoran at Lanark Village on Saturday, February 12, 2022 at the age of 101.

Grace met her Canadian husband in England during WWII.  After the war Mike returned to England where they were married.  Together they moved to Kitchener and started their life and family together.

Grace enjoyed time spent with family at her daughters’ cottages in Port Elgin.  She loved to sing and was active in choirs and was a longtime parishioner of St. Columba Anglican Church in Waterloo.

Sincere thanks to Dr. Jagas and all the staff at Lanark Village for their kindness and compassionate care.

Cremation has taken place.  A celebration of Grace’s life will be held at a later date.

Condolences for the family and donations to the Valerie Corcoran Endowment Fund in support of the Grand River Regional Cancer Centre may be arranged through the Erb & Good Family Funeral Home, 171 King Street S. Waterloo at www.erbgood.com or 519-745-8445.