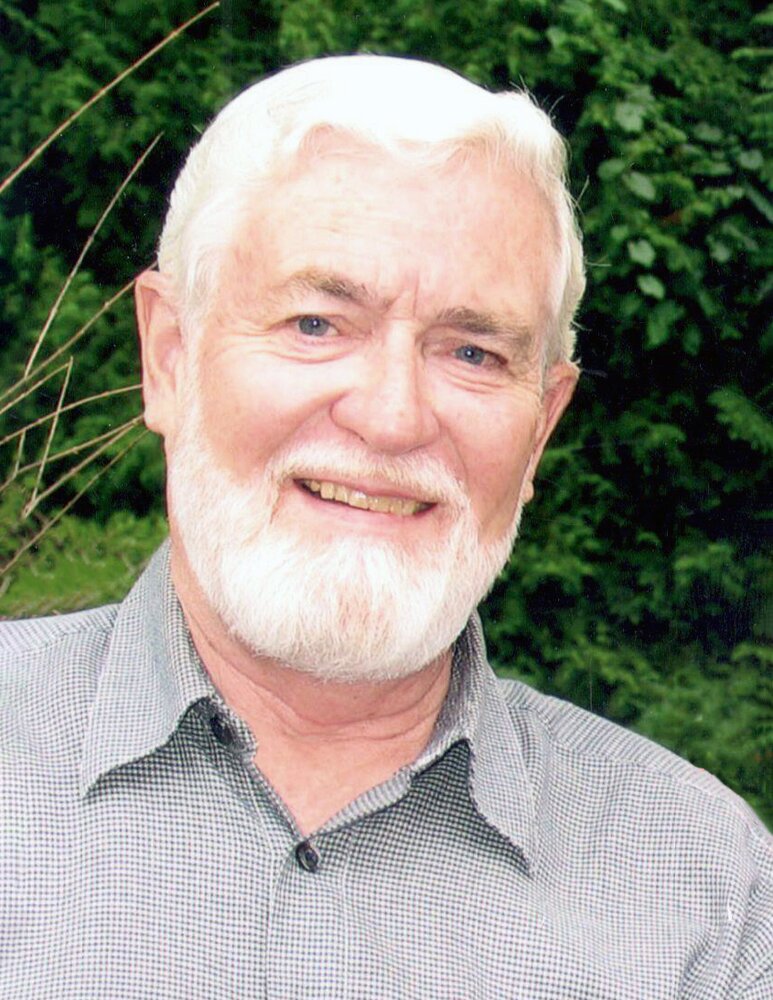 To RSVP for the Celebration of Murray's life, please click here

To view the livestream and recording of the service, please click here

Murray died in Waterloo, Ontario on Tuesday, April 5, 2022 following a sudden stroke. He was born in Saskatoon, Saskatchewan where he grew up.  He is survived by his devoted wife Maureen, his sons Mark (Kathy Babiak), and Craig (Erica Shepherd), his sister Audrey Shepherd Heit and her sons Miles and Kevin. His four wonderful granddaughters, Sophie, Ruby, Vivian, and Hayley enriched his life. He was predeceased by his first wife Donna Hogg Shepherd in 1972, and his brother-in-law Eugene Heit in 2021. His parents were Isabel Knowles Shepherd and Gordon Rimmington Shepherd, both born in Saskatoon.

After graduating from high school, he attended the University of Saskatchewan where he received a Bachelor of Arts in Education and subsequently taught English literature at Walter Murray High School in Saskatoon.  It was there that he first exhibited his interest in library services by pushing administrators to open the school library during the lunch hour and after school. He showed his can-do progressive nature, his pragmatic approach to problem solving and his ability to work and inspire others in those early years.  After receiving his master’s degree (cum laude) in Library Science at the University of Denver he began his forty-year career in library administration, thirty of those as University Librarian at the University of Waterloo, beginning in 1973 until his retirement in 2003.  During that time, he embraced emerging technologies that would convert traditional card catalogues to computer accessible databases, now the standard in libraries everywhere.  Murray enjoyed his work, taking an interest in the lives and careers of his colleagues and employees and establishing relationships with his counterparts in the university library community through several national and international organizations.  They included the Ontario Council of University Libraries, the Canadian Association of Research Libraries, the American Association of Research Libraries and the International Association of Technical University Libraries. He was keenly interested in management science which he applied to his leadership style throughout his career and shared with his sons.  He was always proud to represent the University of Waterloo and fitted in so well with its progressive approach to academic and co-operative education.

Murray’s lifelong interest in Canadian military history began with an ROTC scholarship and extended to the family’s attendance in 2015 at the US Congressional Gold Medal ceremony in Washington, DC. The medal was awarded to the Canada-US First Special Service Force, the commando unit in which Murray’s father had served during World War II, including the liberation of Rome in 1944.

Murray took great pride in his sons and their achievements, counselling, guiding them and passing on his interests in music, particularly jazz, photography, gardening, literature, cooking and travel.  He read widely and knew how to keep a house running smoothly.  He enjoyed the theatre, locally the Stratford Festival and Drayton Entertainment, and sought out music wherever he and Maureen travelled:  country in Nashville, jazz in Copenhagen and New Orleans or classical in Kitchener Waterloo or a European city. In retirement, but particularly during the pandemic, he converted family photograph albums using publishing software into detailed family histories.

We will miss his steadfast love of his growing family, his quick wit, his interest in movies and television drama, including some sci-fi, and board games and cards with his granddaughters. While he loved to travel, he was content and occupied at home, enjoying meals, especially the evening one, completing his daily crossword, backyard and informal gatherings of friends and family. We treasure the life he gave to us and are grateful that he died peacefully. He enriched our lives, and we will love and treasure Murray forever.

The family would like to thank the paramedics, the ER staff at Grand River Hospital, Dr. Saleem Sharieff and the professional team in the stroke unit where Murray received compassionate care. Donations in his memory may be made to the Grand River Hospital Foundation, the University of Waterloo Library or either the Waterloo or Kitchener Public Libraries.

To honour Murray's life, a memorial service will be held in the Chapel of the Erb & Good Family Funeral Home, 171 King St. S., Waterloo on Saturday, April 16, 2022 at 11:30 a.m. A reception in the funeral home's Fireside Room will immediately follow the service. To attend the memorial service and reception, please wear a face mask and register your attendance by RSVPing to the funeral home at www.erbgood.com or 519-745-8445.

Share Your Memory of
Murray
Upload Your Memory View All Memories
Be the first to upload a memory!
Share A Memory