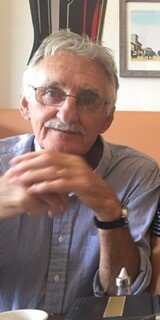 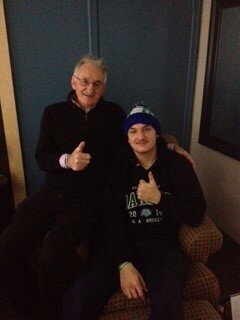 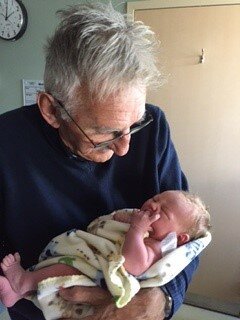 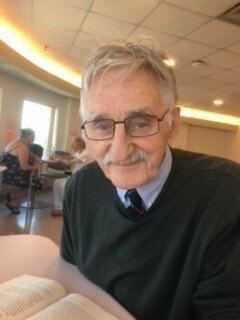 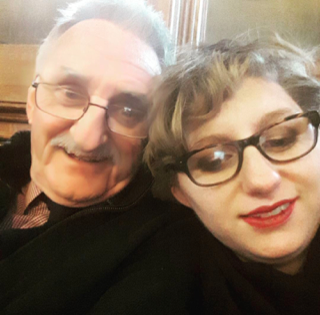 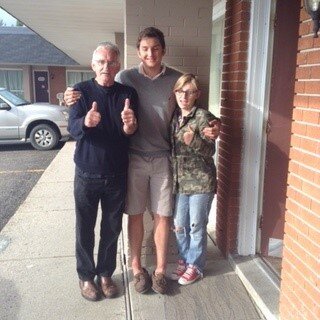 David passed away peacefully at the age of 78 at Parkwood Seniors Community in Waterloo, Ontario.

David is survived by his wife, Ann & their children, Emma, Ned and Emma’s daughter Isabella. Also, his daughter Jennifer Stade. He was dearly loved by all his family and will be greatly missed.

Predeceased by his parents, Ned and Bella (nee Fox) Simpson of Clondalkin, Republic of Ireland.

David was born in the Curragh Camp, County Kildare and attended Kilkenny College, a private boys‘school. Aged 20 he moved to London, England and four years later, he emigrated to Canada. David was an avid sportsman - a member of the Irish Canadian Rugby Club, an excellent tennis player, a keen golfer and a devoted fan of the Toronto Argonouts and Toronto Maple Leafs. Throughout his life, his heart was truly on the playing fields or on the ice!

He was well traveled, having lived in London, England, Bordeaux, France, Sacramento, California and Canada. David was a voracious reader and aged 30, decided to pursue a degree in English literature at Toronto’s York University. Graduating with honours, he went on to Hamilton’s McMaster University for his masters.

David’s love of music took him to Sacramento, California, where he began a career as a music promoter, a career he continued three years later at the University of Waterloo when he returned to Canada. It was here that David met Ann Woodruff and they married in 1989. David gave up the music business and returned to his calling, teaching English. Professor Simpson taught English at Humber College until he retired in 2017.

David’s family extends a special thank you to all the staff at Parkwood Seniors Community for their excellent loving care and kindness to David during his illness.  We also extend our thanks to the Parkwood Chaplain, Alan Cook, for his many conversations, musical sing a-longs and prayers - all of which brought David so much enjoyment and peace. We also thank his many true and loyal friends for their love, care and the time they devoted to keeping him active and part of his community.

Cremation has taken place. A celebration of David’s life will be held at a later date.

Condolences for the family and donations to the Heart & Stroke Foundation, Kidney Foundation or a charity of choice may be arranged through the Erb & Good Family Funeral Home, 171 King Street South, Waterloo at www.erbgood.com or 519-745-8445.

Share Your Memory of
David
Upload Your Memory View All Memories
Be the first to upload a memory!
Share A Memory