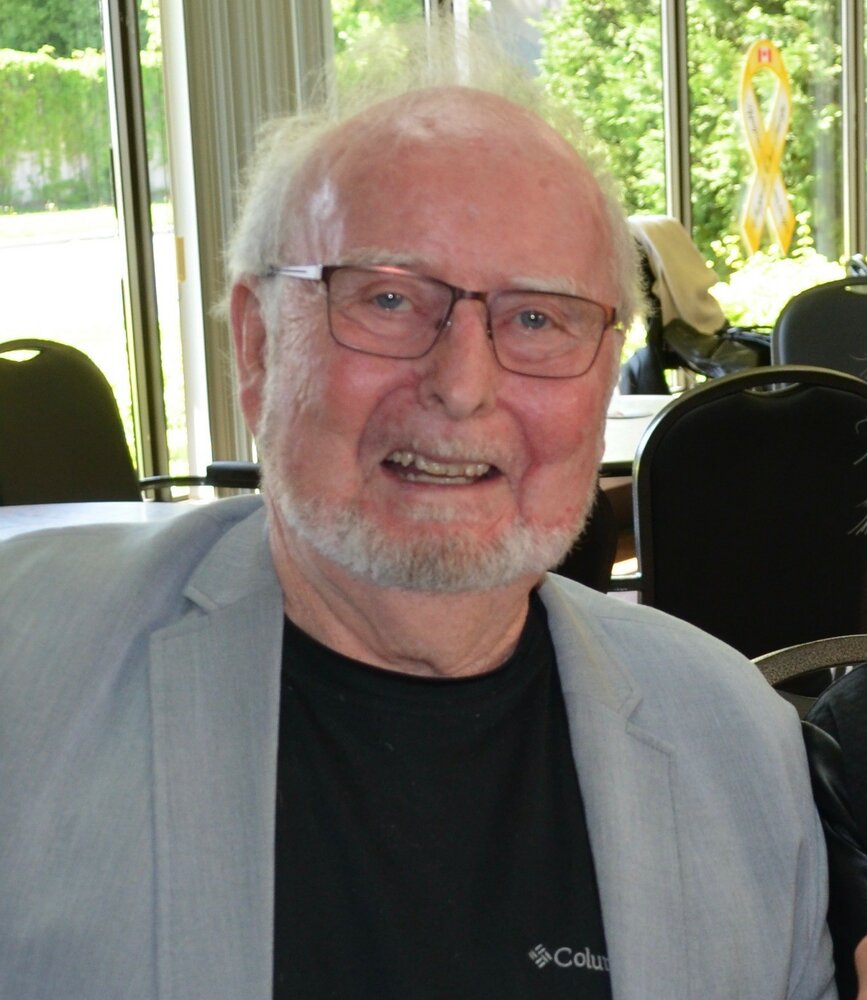 Lloyd Trussler passed away on September 7, 2022 at Sunnyside Home, Kitchener. He is predeceased by his parents, Phoebe and Percy Trussler, as well as his elder brother, Keith. He is survived by his sister Jean and her husband Terry, along with children Elizabeth Baldwin (husband John), Patti Trussler (husband Kelly), Alexander (wife Julie) and Michael (wife Amy) and grandchildren Kate and Teskey, Sasha and Emma, Olivia, Jesse, Andy, and Jakob.

Lloyd was raised in Drayton and attended Norwell District Secondary School in Palmerston. He received his Honours BA in geography from Wilfred Laurier and his Masters of Education from the University of Toronto. He was married to Mary (Hunt) with whom he had three children and the family lived in New Hamburg. Alexander is the only child of a second marriage with Fiona (Graham). While living in New Hamburg, Lloyd began a life-long interest in public service (town council, member of the United Church, and was the first president of the Lion’s Club). Lloyd began his career as a geography teacher at Waterloo Oxford District Secondary School (also Bluevale Collegiate) and then became an administrator (vice principal) in Glenview Park and Forest Heights. He retired in 1995 after 34 years of working in the education system. Upon retirement, Lloyd continued his dedication to the community, coordinating a fund raising cyclist trip from the Kitchener-Waterloo area to Atlanta, Georgia for Habitat for Humanity that commemorated the organization’s 20th anniversary. He was a driver for the CNIB and also assisted seniors for doctor’s appointments and treatments. He further was a Court Service officer for the Ontario Supreme Court in Kitchener.

Lloyd was an enthusiastic world traveller and spent several winters with his companion Pat Moore in Florida. He was extremely proud of the accomplishments of his children and grandchildren. An avid reader with a particular interest in politics and history, Lloyd also enjoyed the company of friends, many of whom blessed his life for decades. From his teen years, dogs provided much joy to his life. Lloyd treasured his time spent at the Trussler cottage over the years, socializing with his friends and family.

The family would like to express their profound gratitude to the extraordinary dedication and compassion shown to Lloyd by the staff at Sunnyside Home.

A memorial service will be held in the chapel of Erb & Good Family Funeral Home, 171 King St. S., Waterloo on Sunday, October 9, 2022 at 11:00 a.m., with a reception to follow in the Fireside Reception Room. A private family interment will be held at Drayton Cemetery at a later date.

In lieu of flowers, condolences for the family and donations to Habitat for Humanity or Sunnyside Home Foundation may be arranged by contacting the funeral home at www.erbgood.com or 519-745-8445.

A reception to follow the service in the Fireside Reception Room of the funeral home.

Share Your Memory of
Lloyd
Upload Your Memory View All Memories
Be the first to upload a memory!
Share A Memory