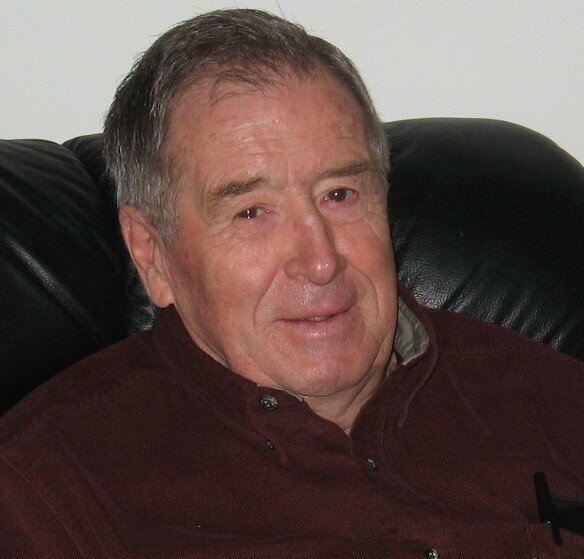 To view the livestream of Don's service PLEASE CLICK HERE

In the early morning of September 9, 2022, God in his mercy gave Donald the gift of a blessed passing and a release from his suffering at the age of 93 years.

Donald was truly blessed with his loving and devoted wife, Mildred May (nee Schneider) for 69 years until her death in March 2019.  Their marriage was a match made in heaven and produced four children:  son, John (Connie), daughter, Gail and sons, Gary (deceased 2022) and David.  He was also predeceased by his parents, Sanford and Leona Diana (nee Steinke) and his brother, Kenneth.

Grandchildren Ryan (Melanie), Brennan (Dave Hardy), Sarah (Jared Cowan), Daniel (Paige), Adam and Hayley (Chris Weisbrod) sorely miss their much-loved Papa/Grampa.  The company of his great-grandchildren Tessa and Bennett Kraft, Landon and Amelia Hardy, Felicity and Felix Cowan, Addison Kraft, and Colton and Luke Weisbrod were always a great joy to him.  Sisters-in-law Cathy Schneider and Pam Kraft survive him as do many nieces and nephews.

Donald trained for two years at the Stratford Teachers College before beginning a long and accomplished career in the elementary school system with the Waterloo County Board of Education.  His first teaching position however was in Hamilton, Ontario where he and his new bride shared an apartment above a dry cleaner with John their first child.  The following year he managed to secure a permanent position back home in the Twin Cities near family and friends.  He earned a Bachelor of Arts degree from Waterloo Lutheran University (now Wilfrid Laurier) and a Bachelor of Education from the University of Toronto.

Franklin Public School opened in 1963 and Donald was the first principal.  He so loved working with little children and had a progressive view of the way young children should be educated.  He championed the effort to bring them into the education system at an earlier age.

Over the course of his amazing career, he led a long list of schools with his strength and determination to have them succeed.  After his service at Margaret Avenue Public School, where he sometimes had to chase troublemakers from the school yard and down the street in his suit and tie (which he always wore), he was so pleased to accept his last posting back at Franklin Public School.  He said the best part of his job was when a small child would run to him in the school yard to hold his hand.  One highlight of his career was the opportunity to counsel a young student at Margaret Avenue who was being bullied.  Donald enjoyed boxing and encouraged the student to take up the sport to boost his confidence.  The pupil learned well and Lennox Lewis had no more problems with bullies.

Donald was the family historian and traced the family history back to the first Kraft (a tailor) who came to Waterloo County with the Pennsylvania Dutch.  He was the keeper of the family cabbage shredder passed down through the generations.  He would buy the cabbages each year so that he and his sons could enjoy carrying on the tradition of making sauerkraut in the backyard.  It was a happy time for the whole family to get together to make that kraut, a tradition carried on now by his grandchildren.

Don was a faithful member of Holy Cross Lutheran Church, serving in a number of capacities over the years.  He was an Elder in the congregation and served as a Sunday School Teacher and Superintendent, Chairman and Vice-Chairman of the congregation and he sang in the Male Chorus for many years.

The funeral service for Don will take place in the chapel of Erb & Good Family Funeral Home, 171 King St. S., Waterloo on on *Sunday, October 2, 2022, at 3 p.m. with visitation from 2 p.m. until 2:45 p.m. prior to the service. (*Please note change in service date and time.)  The family requests that personal face coverings be worn during visitation and the service. A livestream of the funeral service will be available at www.erbgood.com.

In lieu of flowers, donations in memory of Don can be made to the Alzheimer’s Society or Holy Cross Lutheran Church-Mission Fund through the funeral home, www.erbgood.com or 519-745-8445.

Rest in peace Dad. We know that you and Mom are watching over us now.

Share Your Memory of
Donald
Upload Your Memory View All Memories
Be the first to upload a memory!
Share A Memory