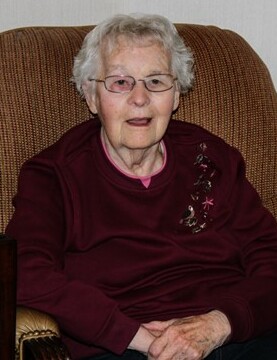 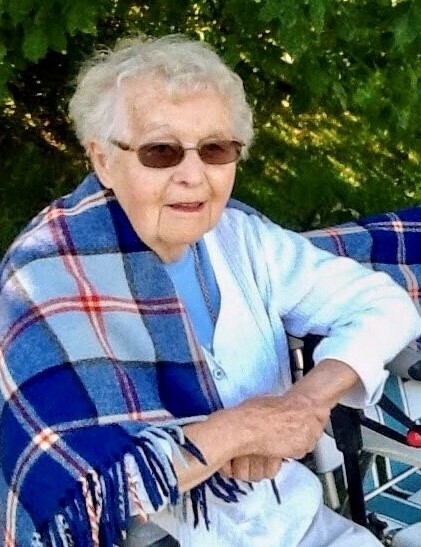 Ruby was born in Anstruther, Fife Scotland November 15, 1927, to George and Agnes Cuthbert.  She was their 3rd daughter, Mary her older sister was 5 and sadly her other sister Nancy had died at age just 9 months, just 2 years earlier.

She was a much-loved sister of the late Mary and brother-in-law Alex Thomson and greatly loved Aunt to David, the late George, and twins Jim and Sandy as well as a Great Aunt to all their families in Scotland and England.  She was a friend to many in Canada and around the world and, will be missed by her dear friend and lifelong companion Dorothy Brown and the extended Brown and Dorsay families throughout Canada.

By the time Ruby was 17, she knew that she wanted to be a nurse and in 1945 was accepted at the Royal Hospital for Sick Children, Edinburgh. She first became a Registered Sick Children’s Nurse, then a Registered Nurse at the Edinburgh Royal Infirmary, and finally a Queens Institute District Nurse in Edinburgh.

In early 1956, Ruby decided to accept a position at the Welland Hospital in Ontario and arrived in Toronto on January 8, 1957. Ruby eventually became a Canadian citizen August 1986.

April 1957 Ruby joined the Victorian Order of Nurses, having been interviewed by Dorothy Brown, where over the next 28 years she worked in Welland, Yarmouth (NS), Brampton, the National Office and finally became the District Director of the Brant-Norfolk-Haldimand Branch. Ruby retired in 1985 to Kitchener.

Ruby was diagnosed with and successfully fought various cancers from 1980 until 2022.  Ruby and Dorothy travelled extensively throughout the world. They made regular visits to Scotland to visit with family until 2012 and kept up their annual camping trips until Ruby’s stroke in 2018 that necessitated long term care.  Ruby was a long-term member of St. Andrew’s Presbyterian Church.  Her final interment will be in Anstruther, Fife Scotland.

The family wishes to extend their gratitude to the staff at Forest Heights LTC.

.Condolences for the family and donations to the Canadian Cancer Society or the Heart and Stroke Foundation may be arranged by contacting the Erb & Good Family Funeral Home, 171 King St., S., Waterloo at www.erbgood.com or 519-745-8445.