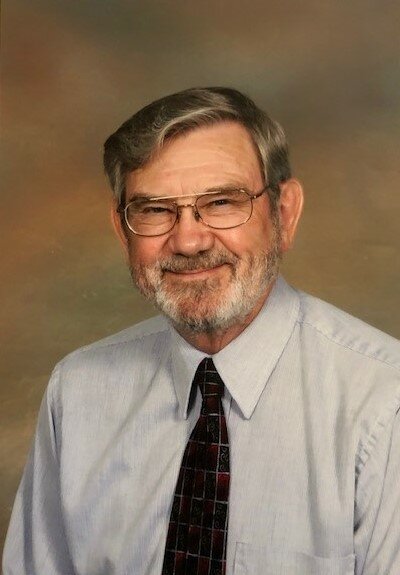 Professor Riegert was born in 1932 in Laird, Saskatchewan and died October 24, 2022 at Trinity Care Center in Kitchener.

He is survived by his beloved wife of 66 years, Ladona Marilyn (Carlson); his son James Eduard of Waterloo; his daughter Ann Ladona and son-in-law Jeffrey Kempel, his granddaughters Sophia Kempel and Emily Kempel of Waterloo, his brother Alfred (Erna) of Mission, BC, and his sister-in-law Gloria and Les Herauf of Comox, BC and several nieces and nephews. He was predeceased by his parents, Anna and Theodor Riegert of Laird, SK; his brother Erwin (Jeanne) of Prince George, BC; his brother Arnold (Emma)  of Laird, SK; his brother Paul (Betty) of Regina, SK; his sister Lottie (Ted Domhof) of Vanderhoof, BC; his nephew Sydney Riegert of Laird, SK; his niece Janice Alward of Ottawa, ON; his sister-in-law Doreen (Ken Gustafson) of Ottawa, ON; his niece Cheryl Row of Toronto, ON.

He was ordained by the Evangelical Lutheran Church in Canada in 1962. After serving as Pastor of the Philipsburg, ON parish he joined the faculty of Waterloo Lutheran Seminary (affiliated with Wilfrid Laurier University) in 1965 and served there until his retirement in 1996 as Prof. of Homiletics (Preaching). He also lectured in Traditional North American Aboriginal Religion in the Department of Religion and Culture of WLU 1973-1990.

The author/contributing editor of four books and numerous articles, he was a popular conductor of preaching seminars in Canada and the United States. He was twice awarded the Allan Schendel Award for Theological Study by Lutheran Life Insurance Society in 1987-88 and 1994-95.

In his younger years he enjoyed camping and hiking with his wife and family and white-water canoeing with friends, “The Saugeen River Runners”. After retiring he honed his woodworking skills, loved to read and to travel with his wife, and volunteered at Trinity Care Center. He loved being an Opa to his grandaughters and playing with them in the local sugarbush or exploring Ontario destinations with them and his wife.

A memorial service will be held at Mt. Zion Lutheran Church, 29 Westmount Rd. S. in Waterloo on Friday Oct. 28 at 10:00am. Interment at Memory Gardens in Breslau ON. The family requests that attendees wear masks and adhere to social distancing.

In lieu of flowers, the family would appreciate donations to Waterloo Lutheran Seminary, Waterloo ON or to Mount Zion Lutheran Church, 29 Westmount Rd. S., Waterloo ON. Donations may be arranged through the Erb & Good Family Funeral Home, 171 King Street S. Waterloo at www.erbgood.com.

Share Your Memory of
Eduard
Upload Your Memory View All Memories
Be the first to upload a memory!
Share A Memory