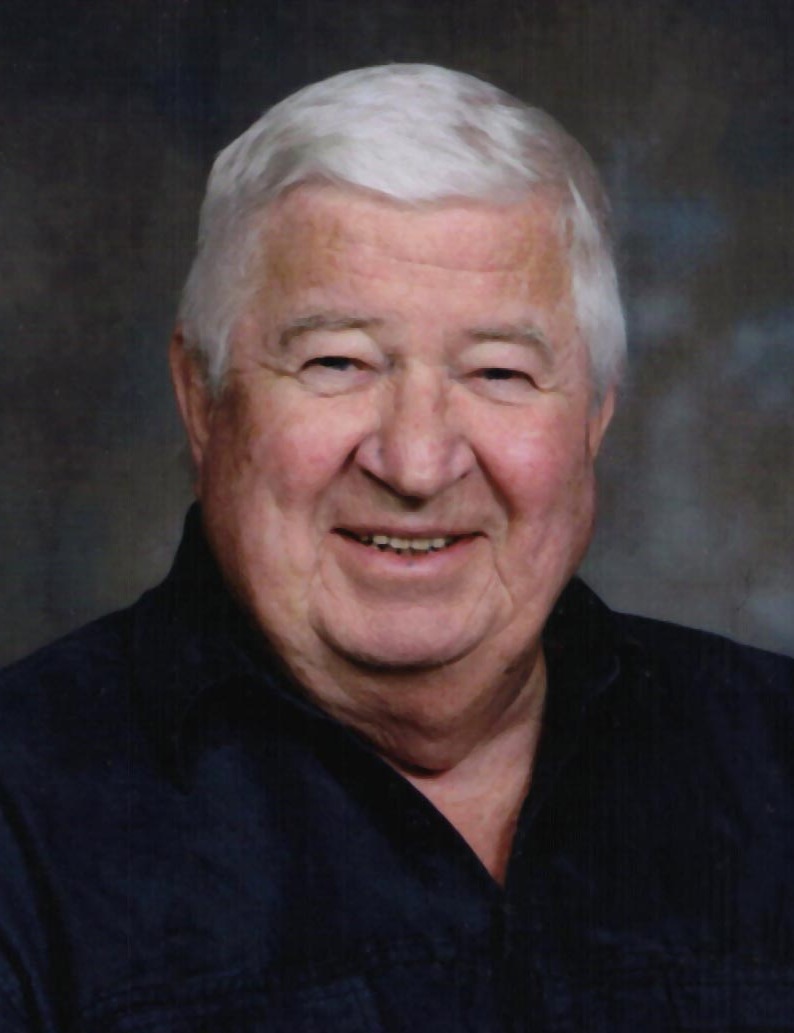 The livestream and recording can be accessed by clicking here

“Forever in our hearts”

With heavy hearts, Moe’s family announces that he died peacefully at Lisaard House hospice on Tuesday, November 29 in his 85th year.

Loved by Anne Marie, his wife of 60 years, and their children Christa (Mirko), John (Sheila), George (Sriwilai) and Matthew (Julie).

Moe was predeceased by his parents George Maurice and Isabelle (nee Frederick); brothers Fred and Bob; and sisters Connie and Janet.

And he was uncle to many dear nieces and nephews.

George Maurice Webster was born in beautiful Kingston, Ontario, where, according to a family tradition, his parents named their second son George Maurice. But he soon became known as Moe.

While growing up in Kitchener, Moe attended Eastwood Collegiate Institute where he excelled at football and sang in school musicals. Whenever music from the Pirates of Penzance came over the radio, even late in life, Moe’s eyes would sparkle as he heartily sang along.

In 1964, Moe graduated with a Chartered Accountant designation and, after a short time in private practice, began a long career with Revenue Canada until returning to private practice and retiring in 2003. Throughout his working life and well into his retirement, Moe volunteered his accounting and financial planning skills with many people — especially seniors. He wouldn’t take money but, as a man with a lifelong sweet tooth, was happy to accept tokens of appreciation in the form of home baking.

In addition to his passion for Anne Marie, Moe loved sailing. One of the highlights of his life was a four-week sailing trip with friends and Anne Marie, to celebrate their 25th wedding anniversary, through the Greek Islands. Upon their return, they shared their memories with family and friends by hosting catered Greek dinners followed by marathon slide shows his kids lovingly called “Dine and Doze.” (They clearly inherited his wit, sense of humour, and penchant for pithy quips.)

In addition to teaching courses for Canadian Power and Sail Squadrons, Moe enjoyed sailing out of Wiarton and in the North Channel before lowering the sails and purchasing a Sauble Beach cottage he and Anne Marie dubbed “Dry Harbour.” It’s the place they enjoyed countless happy hours with family and friends, and grew especially close with neighbours throughout the pandemic lockdown.

In addition to raising their own children, Moe and Anne Marie shared their love and parenting with many children while serving as house parents at the St. Agatha Children’s Village during the 1960s. Many of the children continue to consider Moe and Anne Marie as their parents or “special parents.” Those who remain close include Lorenz Bruechert (Caroline); John Hopf (Sue); Robert Hopf; Serge Bastien (YuHong), Ben and Charmaine Bastien.

We are filled with sadness, yet admiration for how Moe courageously dealt with his many health challenges during the past few years — especially during the past six months spent in hospital.

Even though Moe had a rough ‘go,’ he saw himself as blessed to have been able to live and be loved by his family and so many friends. During his most recent hospital stay, not a day went by that Moe wouldn’t receive an email, text, phone call, card or visit to boost his spirits. We are grateful to everyone who encouraged him during this tough time and throughout the years.

We are also grateful or the steadfast compassionate care from health care teams at the Kitchener and Freeport campuses of the Grand River Hospital; St. Mary’s General Hospital; University Pharmacy in Waterloo; and Dr. Toews, Dr. Khalil and Dr. Rosenstein.

Visitations will be held at the Erb & Good Family Funeral Home, 171 King St. S., on Friday, December 2, 2022 from 2-4 & 6-9 pm. Parish prayers will be held at the funeral home beginning at 8:45 p.m. The Mass of Christian Burial will be celebrated by Father Phil Reilly, CR at St. Louis Roman Catholic Church, 53 Allen Street East, Waterloo on Saturday, December 3 at 11:00 am.  A reception and meal will follow at the church. Cremation and a private family interment at Memory Gardens, Breslau will follow at a later date.  A livestream and recording of the Mass of Christian Burial will be available on Moe’s tribute page at www.erbgood.com

In an effort to keep each other safe, Moe's family would appreciate you wearing a mask to the visitation, funeral and reception. Those of you unable to wear a mask are still welcome to join us at the visitation, the funeral celebration of Moe's life, reception and lunch.

Condolences for the family and donations to Grand River Hospital’s Renal Clinic may be arranged through the Erb & Good Family Funeral Home, 171 King Street S. Waterloo at www.erbgood.com (519) 745-8445.