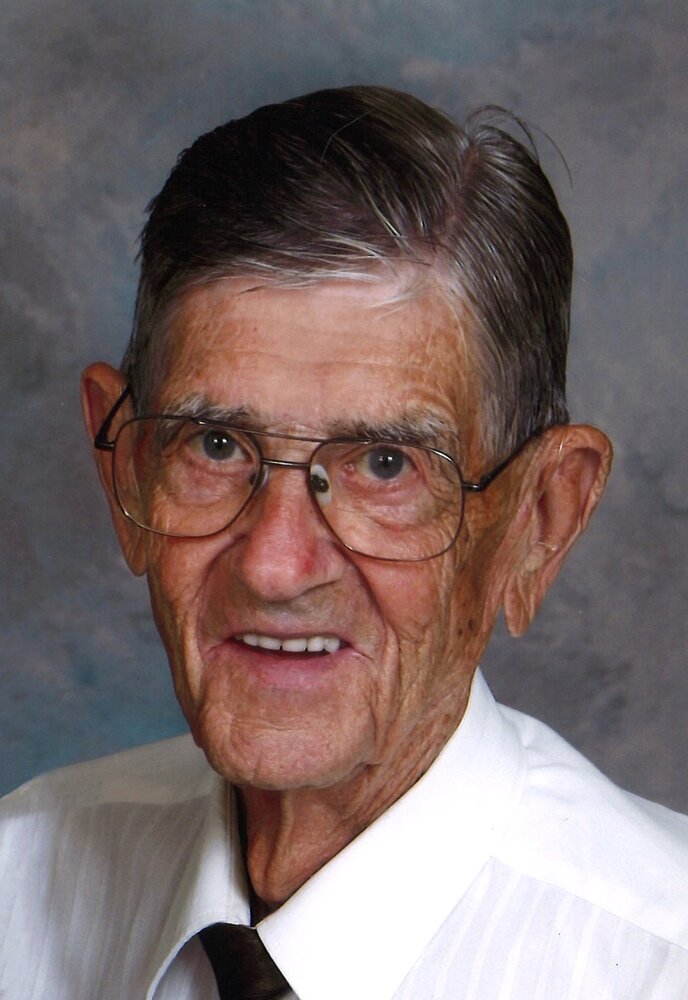 Conrad (Sonny) Woelfle passed away peacefully and surrounded by family on Sunday, December 25, 2022, at the Hospice of Waterloo Region, at the age of 94. Beloved husband of Rosemary Woelfle (nee Hartman) for 67 years (deceased 2019), loving Father to Gary (deceased 2014) and Cathy (Stephen) Dombrowski, and treasured Grandpa to Laurie.

Survived by many nieces and nephews within the Woelfle and Hartman families. Predeceased by his parents Conrad August and Alice Agnes (nee Muldoon) and sister Alice (Ernest) Reinhart (nee Woelfle).

Con always took great pride in his work, making him well-liked and highly regarded by customers and coworkers. In the early days, he worked at Jaimet’s Book Store, and Baier Fuels Ltd. but his real love was his time at C.N. Weber Ltd. (Weber Supply Company Inc.). He spent 48 years on the road as a travelling salesman, never allowing the weather conditions to stop him. At the age of 80, Conrad retired from C.N. Weber Ltd. and was a volunteer driver for Waterloo Home Support's Senior Day Program until the age of 90. He received the Senior of the Year Award from the City of Waterloo in 2011. Con was a dedicated usher at St. Louis Roman Catholic Church for well over 40 years and was the head usher at mass every Saturday night.

Con kept busy with many activities in his off time such as playing cards at the cottage, golfing with his son-in-law Stephen, organizing and running annual garage sales, and playing at the water park with his granddaughter Laurie. His favourite hobbies included reading Louis L’Amour western books, building elaborate jigsaw puzzles, watching his favourite show Star Trek, going on long walks with his dog Meggie, and cheering for the Toronto Maple Leafs, always in hope of another Stanley Cup.

During the last two years of Con’s life, he was confronted with several health struggles. Despite his health battles, he never complained and remained incredibly positive. Con was able to stay at home for 66 years with the help of his daughter Cathy in the house he was so proud of.

Conrad’s family would like to thank Grand River Hospital, ParaMed, LHIN and the Hospice of Waterloo Region staff for their care and support.

Cremation has taken place. Visitation will be held at the Erb & Good Family Funeral Home, 171 King St. S., Waterloo on Thursday, December 29, 2022, from 3 to 6 p.m. The funeral service will be held in the chapel of the funeral home on Friday, December 30, 2022 at 9:45 a.m., with Rev. Phil Reilly, C.R. officiating.  A private family interment will be held at Parkview Cemetery at a later date.

Condolences for the family and donations to the Grand River Regional Cancer Centre - Grand River Hospital Foundation or a charity of your choice would be appreciated by the family and may be arranged by contacting the funeral home at www.erbgood.com

Share Your Memory of
Conrad "Con"
Upload Your Memory View All Memories
Be the first to upload a memory!
Share A Memory