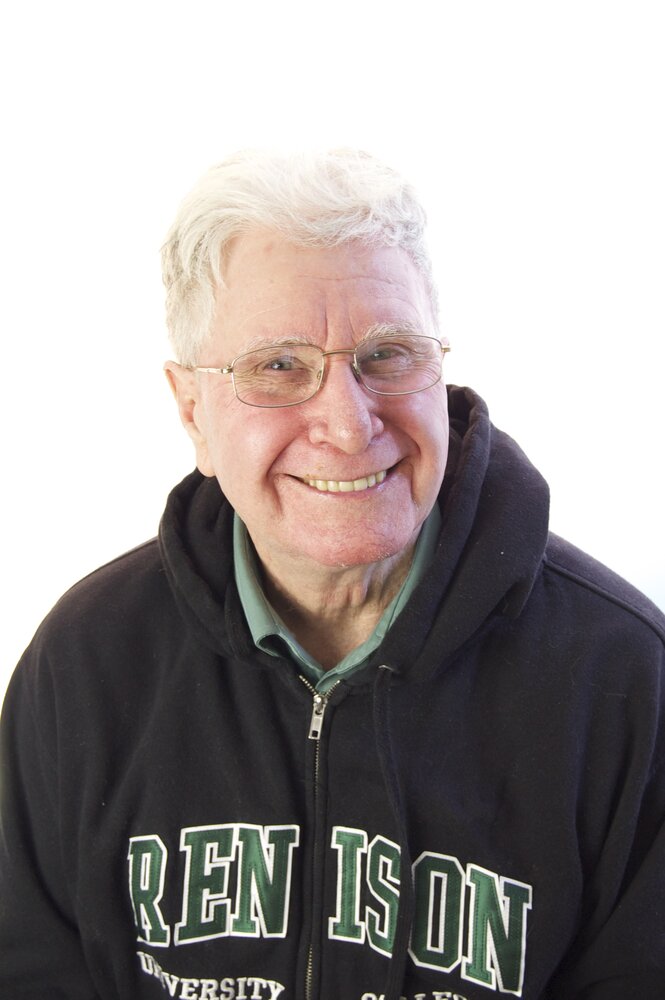 Passed away on January 6, 2023, at Grand River Hospital at the age of 77.  Beloved husband of Margaret.  Loving father of Alison (Wes) and Granddad to Parker.  Brother to Peter (Lea) of B.C. Uncle to many nephews and nieces.  Predeceased by sister Moya (John) and his parents John “Pat” and Alice (Finch) Smyth.

Michael taught at Renison University College, University of Waterloo.  His speciality was Social Psychology.  He was nominated four times for the Distinguished Teaching Award.  He also was the Associate Dean of Renison and heavily involved in the administration of the College.  As well, he served on various committees on campus, including chairing the Education and Standings Committee, even after his retirement.  In 2010 he was made a Senior Fellow of Renison University College.

Michael’s great passion, besides his family, was little theatre.  He was involved with many local little theatre groups and enjoyed the process of bringing a character to life and working with other actors.

He will be missed by his family, extended family and friends.

A special thank you to Dr. Dixon, Drs. Welch and Lock, (London Cancer Centre) and the medical team at Grand River’s ICU.

As expressions of sympathy, condolences and donations to the Stratford Festival or the London Health Sciences Foundation can be made at www.erbgood.com.