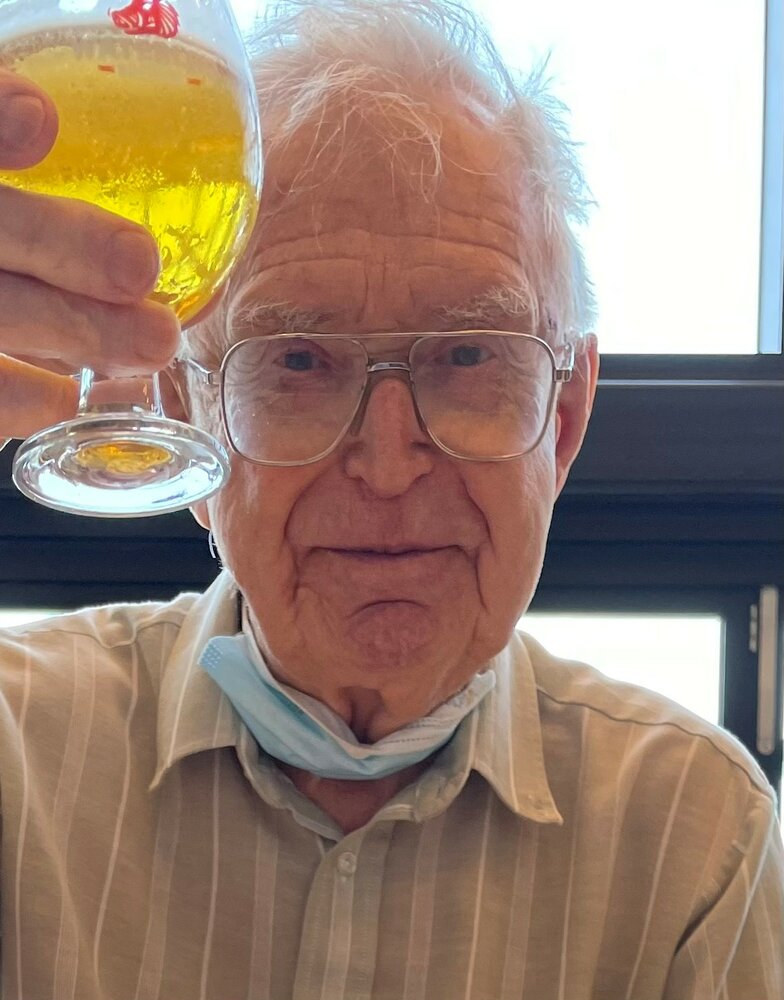 Ransom Harold Vrooman (Rans) took his final bow on Friday, December 23, 2022, having “shuffled off this mortal coil” halfway through his 97th year.  In his last days, he visited with family and friends, facing his inevitable and imminent exit with serenity and humour.

Rans was patient, kind and loving, sharing his life and time with family and friends. Bringing up kids was hands-on. There were swing sets and sand boxes in the yard, gloves, balls, bats and bikes in the garage, and the workshop was a magical place to craft guinea pig cages, boats, or whatever fantastical creation needed creating. Trailering and cottaging were the summer norm, and the Vrooman home was the centre of tribal gatherings on all special occasions.

Dad was a proud McMaster University alumnus, having earned his MSc in Chemistry there in 1948.  He plied his trade at B.F. Goodrich in Kitchener producing tires that were among the safest and best performing one could trust to the road.

Rans was a fervent ferroequinologist, a rigorous genealogist, a practical numismatist, an adventurous world traveller, an avid curler, and a passionate patron of the theatrical arts.  For decades he worked behind the scenes on productions of the Waterloo Regional Gilbert and Sullivan Society and was made an honorary lifetime member.  He shared his love of theatre with family and friends subscribing to seasons at the Stratford Festival, the Drayton Festival, and the Elmira Theatre Company.

Rans will be deeply missed and lovingly remembered by his son Don (Wendy), daughter Maryann Bailey (Bruce), son Doug (Susan), son Richard (Corinne), his 15 grandchildren, and 13 great-grandchildren. He was predeceased by his beloved wife Barbara, his son John (Diane), his brother Norman, and his parents Gwyneth and Harold.  He held a special place in his heart for his cousins, and for his friends and neighbours at Waterloo Heights.

Cremation has taken place, and a celebration of life will be held when the weather is nicer.

Condolences for the family and in lieu of flowers, donations to St Mary’s Hospital Foundation for their MRI machine, to the Drayton Festival, or to a charity of your choice may be arranged through www.erbgood.com.